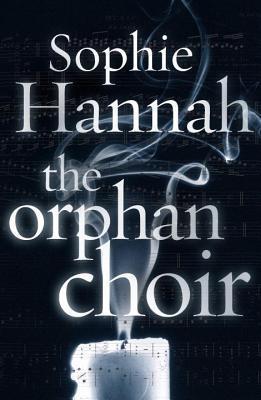 The Plot: The Orphan Choir is about Louise, a woman whose son is away at boarding school and whose neighbour plays loud music, which keeps her awake at night. She decides to buy a second home in the countryside but finds that the music follows her there. Only now she is hearing a ghostly choir of orphans.

The rest of the characters in this book are not particularly well developed (it is less than 300 pages), and so it is difficult to pick a favourite character but there are some interesting developments.

My Thoughts: In some ways I think this book is an interesting look at the state of Louise’s mental health and I think if the book were longer this could have been developed – towards the end of the book it is often difficult to follow because of the lyrics interjecting the text. In some ways it feels like a movie script, and I think the story would develop well into a short TV drama as it feels quite visual. There is big jump in the book between September and December, and I’d like to have seen more development in what happened in the months of October and November that leads Louise to where she is at the end of the book.

My Rating: I would give this book 3/5 – I really enjoy the first two-thirds of the book but the last third is very stilted and difficult to read. That said, I would recommend this book for a quick Halloween read.