February was a busy month! I read a few books but I had my driving theory test at the end of the month so most of my free time was spent between revising for that, and doing coursework for my marketing qualification. I usually like to review everything I read, but thought I’d do a brief look of all the books I read in February. These are all books I’ve had on my Goodreads TBR since January 2015.

This was a quick read and I enjoyed the plot. It focuses on 17-year-old Dante who has no idea he is a father. One day his ex-girlfriend arrives on his doorstep and abandons his daughter with him. Like Jacqueline Wilson, Malorie Blackman explores important topics at a YA level, and I think this book is an important read for children and teens aged around 12 – 15. I probably left it a bit too late to read this book, but it does have some interesting themes for younger readers.

I’m not usually a reader of YA books, but after I finished this book it stayed with me for a few days, which is something I haven’t had with a book for a while. This book is about Jem whose best friend is Kai. When Kai is outed at school as gay, he commits suicide, and the rest of the book is about Jem infiltrating the popular group as she believes they are the reason Kai is dead. This was a sad book, and I think an important read for older teenagers especially, but I think reading it as someone who left school several years ago it was interesting to read about this group of popular kids, and to see that actually they are just as normal as everyone else is at school! Jem is not a nice character but there are some great developments in her character as she gets closer to the truth.

I also read What’s Up with Jody Barton? by Hayley Long. This book is about Jody who falls in love with Liam, and that’s about all you can say for the plot without spoiling it. After the first few pages it is quite obvious as to the plot and how the book is going to end, but it’s another book that I think is important for younger teenagers to read. It covers some interesting themes in a way that younger readers will be able to handle, but it’s a bit young for anyone over the age of about 14. 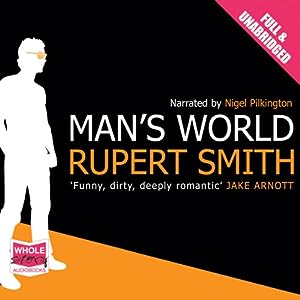 I’m currently listening to this book on audiobook and really enjoying it. It tells two story lines, one is Michael who is gay in the 1950’s and doing National Service, where he meets the perfect man but also has to cope with the homophobia of the time. The other is of Robert who is a gay man in the mid 2000’s, and his lifestyle of parties, drugs and threesomes. I particularly enjoy Michael’s story line as it has some quite romantic parts, whereas Robert’s section is just filled with characters who are a bit two-dimensional. If you prefer characters you will like I’d steer clear of this, but it’s a great read (listen) if you want to hear about how life has changed for gay men in the span of 50 years.

I DNF’d this book – I’m not really sure why, but I’ve obviously changed my mind on this between the time I put it on my list in 2015 and now. The plot just isn’t something that interests me anymore and I’ve got over 100 books on my TBR that I’d rather spend time reading them.

In a Strange Room – Damon Galgut

This book was shortlisted for a Man Booker Prize back in 2010. I read about 50 pages of it, but I couldn’t really get into it. I think it was just a bit too literary for me, I prefer books that tell me the story straightforwardly rather than books that feel like I’m doing an English Literature course. Despite reading about a quarter of the book, I’m not really sure of the story Galgut was trying to tell me.

Tales of the City – Armistead Maupin

Like “In a Strange Room” I just couldn’t get into the story line of this book, and the writing style wasn’t appealing to me. Although I sometimes like to read books based in the USA, this book just felt a bit too American for me to relate to. There was descriptions of popular culture and geography that I couldn’t really understand, and as I’ve said I like a book that I can just read without thinking about it too much.

And that’s it! Let me know if you have read any of these books and what you thought about them. I’m hoping March will be a bit quieter so I can get back into reading and writing blogs more regularly again.