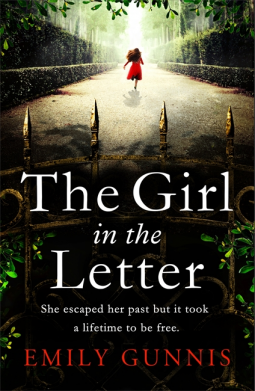 The Girl in the Letter – Emily Gunnis – Historical Fiction

A heartbreaking letter. A girl locked away. A mystery to be solved.

1956. When Ivy Jenkins falls pregnant she is sent in disgrace to St Margaret’s, a dark, brooding house for unmarried mothers. Her baby is adopted against her will. Ivy will never leave.

Present day. Samantha Harper is a journalist desperate for a break. When she stumbles on a letter from the past, the contents shock and move her. The letter is from a young mother, begging to be rescued from St Margaret’s. Before it is too late.
Sam is pulled into the tragic story and discovers a spate of unexplained deaths surrounding the woman and her child. With St Margaret’s set for demolition, Sam has only hours to piece together a sixty-year-old mystery before the truth, which lies disturbingly close to home, is lost for ever…

The main point of view in the story is Sam’s, and I couldn’t really warm to her. She seemed a little bit flat as a character, and I was always eager to get back to Ivy’s perspective.

Ivy was a fascinating character, and I really felt for her. I really could feel her pain at having her baby taken away from her, and it made me sad for all those women this really happened to in the not too distant past. She definitely felt the most three-dimensional to me, as a lot of the book was driven by the plot rather than the character development.

I think this book was very well researched. I’ve been to museums before where they talk about the mother and baby homes from the Victorian times, but I hadn’t realised these homes had been open until after my parents’ generation were born. I’d have probably liked to read more about what the homes were like for girls in Ivy’s position.

This book was quite different from what I’d expected. The Netgalley summary gave the idea this was a purely historical novel with some mystery to it. Actually, at times it read like a horror or thriller novel, especially during some of the scenes where the murders took place. The writer really built up suspense and I could feel myself getting lost in the scenes

I think my favourite parts of the book were reading Ivy’s letters. The writing was so emotional as she becomes more and more desperate to be rescued from the home. The whole story was a fascinating read, although at times it was hard to read.

I would have to say I didn’t enjoy the way the book ended. There was a point in the climax where a character climbs up a building, and it took me right out of the story as it was quite unbelievable. During some of the murder scenes I had to stretch my imagination but it was OK because it was part of the fun. Unfortunately the climax made it seem a bit farcical, followed by a fairly generic ending.

At the end of the book there are some extra resources you can check out, and I definitely think I will. Although this book wasn’t perfect, it sparked an interest in me to find out more on the subject.

I would give this book 3.5 / 5. I’d definitely recommend it, but not without its flaws.

I was given this book by Netgalley and Headline in exchange for an honest review.

One thought on “e-Arc: The Girl in the Letter”